Please enter Name and Email to get into the site

Alec has more than 25 years of experience as a co founder, mentor, investor and hyper-growth agent for companies across various industries. He is a motivational speaker & innovator with extensive expertise in growing and scaling companies, startup and operational growth, go-to-market strategy, strategic partnerships and more.

As a co founder and primary team member of Constant Contact, Alec was one of the original 3 who started the company in an attic. Alec was with the company for 18 years from startup to IPO, to a $1.1 Billion-Dollar acquisition. Alec has also been a Co-Founder, founding team member, and growth agent for several other successful startups including, VMark (IPO & acquisition), Reacher Grasper Cane, and MOST Cardio amongst others.

Performing hundreds of keynote addresses Worldwide, Alec is a motivational speaker that has become known as “America’s Startup Success Expert” for his popular sessions at Universities including Harvard and MIT and at conferences like Secret Knock, CEO Space International, City Summit, Powerteam International, and Habitude Warrior. Alec was the Keynote speaker at three out of the top five “Inc. Magazine Must Attend Conferences for Startups and Entrepreneurs in 2019.”

Alec was selected to the Influence 100 Authority List by Influence Magazine. Alec was honored with the “2020 City Gala Visionary Award” and the “Habitude Warrior Conference Global Awesome Visionary Award” for all his accomplishments as a co founder and growth agent. He is also honored for speaking before thousands of entrepreneurs and startups each year.

Only a sideman when it comes to music, Alec is an accomplished drummer and has had the honor of sitting in with a number of musicians including Toby Keith’s house band in Vegas. 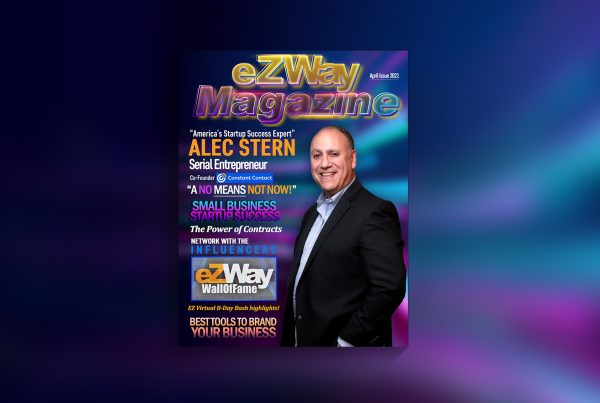 “Imagine, You’re Half Naked in public.” Why shopping for swimwear is as scary as public speaking, with Cat Oshman, Global Swim Designer for Tahari and BCBG.

eZWay Magazine 2021, Powered by eZWay Network and Designed by Gouchti. All Rights Reserved.